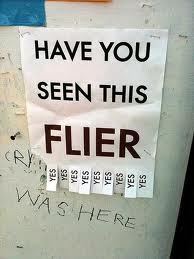 At least, that’s what Mike kept chirping at me while we were jamming.

He had quick fingers and a big amp, and he seemed to think that was all that was required to be a good guitar player.

In the midst of his anti-theory diatribes, Mike would pause every now and again to ask me which chord was coming next, seemingly caught off guard that an Am would work with a C major so well.

(He thought it was A major that would work with C major).

Then it came time to swap solos, and boy, he was quick alright…

But he was all fired up with nowhere to go.

There were a lot of “oops” notes in his solos, as he fumbled along moving towards the next note he thought was going to work.

You see, he didn’t use any scales; just had rough ideas of what would work based on what had worked in the past.

So after a bit, we took a break, and sat down. Over a pizza, I started to explain the basic concepts of how chords work together.

Nothing super advanced or anything, but things like how using I IV V gives you your major and minor chords for every key, in seconds flat.

The kind of stuff I teach in Unlocking I IV V, actually.

It was kind of comical, because at the beginning of the night, apparently guitar theory was less useful than a second thumb, and yet as he listened, I could literally see the light bulbs coming on, between bites of pepperoni pizza.

Finally, he was forced to admit that guitar theory does indeed have value – a LOT of it – and I got a good dose of “I told you so” in on him, just for kicks.

Unlocking I IV V is my mini-crash course in guitar theory. It explains how & why chords work together, how they’re related to the scale, and how you can build chords yourself.

It’s basic stuff, but you’d be surprised how far reaching an effect it has on your playing. You can find it here.