So you’ve got your open chords down… what’s next? 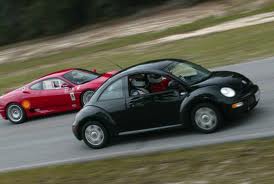 All guitar beginners progress at different paces – no different than how kids develop. I was walking at ten months (which is early), but apparently it took Einstein until four years old before he spoke his first word (late).

I’ve seen some guys tear right into learning to play guitar, and blow past seasoned players like a Ferrari past a Volkswagen Beetle.

But its more common to see players take the minivan route, stopping all over town while running errands… picking up skills and tidbits wherever they can find them.

Point is, players often start with their open chords, learn a few songs, maybe even learn the pentatonic scale…

One of the very next skills that really needs to be added to that bag of tricks is bar chords. Bar chords are often bypassed initially, because they do require more finger strength to play. However, there’s a HUGE benefit to being able to play bar chords, because they effectively allow you to play pretty well any song you’d like, in ANY KEY.

Once you know a few bar chord shapes, the sky is the limit.

You’re no longer held back from playing songs that include a chord or two outside of your vocabulary.

And if the band wants to change the key of the song?

No problem, you can follow right along, shifting all the chords into another key easy peasy.

If you’ve never taken the plunge on bar chords before, I really do encourage you to do so.

I’ve made it easy for you with my Bar Chords Made Simple course.