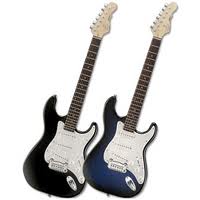 They learn the basic chords, and a few songs as well.

They learn bar chords, to step things up a bit.

They learn a simple scale, like the pentatonic minor, and get their first taste of soloing.

They want to take their soloing further, so they get lessons somewhere.

They’re given seven guitar ‘modes’ to learn, with a separate guitar scale pattern for each one.

At this point, someone who didn’t know better may think a little tribe of small green men had just walked off a UFO and introduced themselves!

And in fact, I’ve talked to several people who just got completely bogged down at this point in their guitar playing.

They stagnated there for a while, sometimes years…

Unsure when to use the Ionian, and when to use a Dorian. (And no, that’s NOT a car that takes you Back to the Future!)

Then they came across my Guitar Scale Patterns course, which throws out that particular approach to the guitar in favor of something much less complicated.

And yet still oh-so powerful…

You see, all those modes are simply re-arrangements of the same thing – the Ionian. Each mode starts at a different scale degree, and goes through the loop.

Now I’ll admit you can do some cool things using modal playing, but I consider that to be a fairly advanced application, and definitely not something that every guitar player needs to learn.

I always catch the flak whenever I bring up this subject, but hey, someone’s gotta do it!

I know lots of guitar players that have gotten by quite happily (and successfully too – at the pro level) without ever relating to the guitar using all seven modes.

There IS a simpler way, and it can get you back on track with your playing again.

Simplify things a little, and you’ll be surprised at how the creativity comes back!

Check it out – Guitar Scale Patterns

I’ve also talked to people that passionately disagree with me.

Mostly, they just can’t get past the fact that modal theory was developed around the piano, and guitar theory should be free to develop differently.

It has become a bit of a sacred tradition of music theory… and beware anyone who tries to change it!

But hey, we can’t all think the same right?

For the average guitar player, I still think my way is faster to learn, and more easily applied.