The Music Legend Who Set Himself On Fire 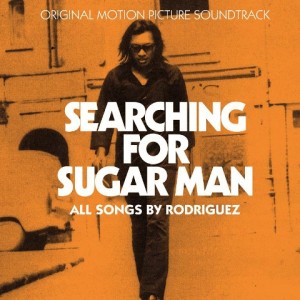 A musician named Rodriguez made a couple of albums in the early 70’s. A few people in the States saw his potential, but he never really caught on.

His short-lived musical career seemingly assigned to the dustbin of history, Rodriguez went back to life picking up odd jobs as a hard laborer in Detroit.

He did demolition work that no one else wanted to do, but always treated it like a noble profession.

Meanwhile, on the other side of the world, in South Africa, someone had brought his albums over, and they gradually became a viral sensation.

Soon his songs ended up on the radio, and before long they were literally influencing South African culture.

According to South Africans, Rodriguez became the “soundtrack to our lives.”

His songs were gritty… the stuff of real life and real problems. South Africans identified with that, and his songs influenced a generation of musicians.

Keep in mind this is all during apartheid, so the borders were pretty much closed to influences from the outside world.

Thus, word never got out to Rodriguez that he was a hit.

Likewise, no news ever came in, either.

In fact, NO ONE knew who Rodriguez actually was!

In time, rumors began circulating that he had committed suicide…

One story said he had lit himself on fire during a concert… another that he had blown his head off with a gun, again, on stage.

Pretty brutal – but these stories became accepted fact, because literally no one knew the truth.

In the 90’s, a reporter decided to try to find out what had actually happened to Rodriguez. He actually thought it would be close to impossible, but figured it would make a good story if he could bring some closure to the legend.

Seems there wasn’t much to work with… no address on the albums, nothing really descriptive he could use as a clue.

Remember, the albums had all been reproduced inside South Africa… not imported.

Finally, after years of searching, he discovered that Rodriguez was still alive – which blew his mind.

To make a long story short (you can get the whole story in the movie Searching For Sugar Man), they ended up arranging a concert tour in South Africa.

Tens of thousands showed up… most of them still believing he was dead, but willing to pay the ticket just to catch part of the story.

When Rodriguez finally walked on stage… the crowd went wild.

And everyone close to him said that when he went up to the microphone, he looked like he’d come home.

No stage fright – nothing.

Just like he’d been waiting his entire life for this moment.

And you know what?

Despite making buckets of cash on tour in South Africa, Rodriguez still lives in the same house he’s been in for 40 years in Detroit.

He’s given most of the cash away to family and friends.

What’s the moral of the story?

I guess just that you never know who’s listening when you’re playing guitar… so play it like you mean it, every time.