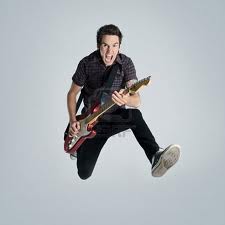 Theory is one of those funny things that can really help out beginning players and advanced players alike.

I was talking to the Riff Ninja the other day, and he told me he’d got where he was not because of any natural “born with it” ability, but by hard work… and theory.

He said that understanding theory helped him catch up with other guys – prodigies, some of them – who seemed to have an inbred ability to just hear the music, and play it perfectly.

So in that sense, theory + hard work is the great equalizer.

The most amazing music is not only pleasant to the ear, it is also elegant from a theoretical standpoint.

I know – sounds goofy right? But you’ve probably heard the phrase “math is beautiful” before, and this is the same idea.

What “works” in the real world is always backed up by a good explanation of why.

That’s why understanding WHY can help you make cool music even if you can’t intuitively hear it before you even start.

I’ve heard a lot of people say they’ll never be a good player simply because they weren’t born with the necessary talent.

In most cases, that’s simply an excuse for not wanting to work hard.

In my guitar courses, I’ve mostly focused on theory to date, and for good reason.

The reason is that a bit of theory can help both the beginner and the more advanced players.

Take this email I received from Ryan for instance:

Just want to let you know that I found the videos to be perfect for me.

I’ve been playing metal/hard rock for over 15 years and have been in several bands along the way. I consider myself advanced in technique, but always wanted to understand “the other side” as I call it.

Literally after watching video 1, the light bulb came on and stayed on.  The way you presented it was PERFECT.

I especially like your alternate way of teaching the different modes (using the term “root” instead of the mode name).

Again, great job. I’m no longer in the dark about this stuff and my playing has already advanced.

Thanks Ryan – that helps explain my point perfectly!

Regardless of the stage you’re at as a guitar player, learning some music theory will really help you advance further as a player.

Theory isn’t hard, doesn’t have to be complicated, and can provide incredibly satisfying “Ah Ha!” moments that you’ll love.