The I.Q. Test For Guitar Players 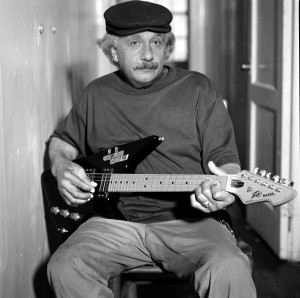 Years ago I remember taking some sort of I.Q. test.

I don’t remember much about it, including what my result was, but I know I scored somewhere between “broccoli” and “Einstein” so I guess I did okay.

One thing I do remember about that test was that part of it was about how well you could recognize patterns.

Recognizing patterns is important, because pattern recognition is the ability to see order in a chaotic environment.

Chaotic environment = the world around us.

We deal with hundreds of different kinds of patterns everyday, from words, ideas, symbols, pictures, and vocal patterns, to yes – recognizing patterns in music like melodies, harmonies, and rhythms.

Patterns are tremendously helpful, because once we identify a pattern, we don’t have to continually process the rest of it. Our brain learns what to expect, and then applies that for us, without us having to exert a whole bunch more brainpower.

Say you answer the phone, and the person just starts talking. It takes you a minute to figure out who’s on the phone, during which time you’re analyzing the words they say, the way they say them, the tone – all kinds of things, just to figure out who’s talking to you, so you don’t look dumb when they ask a question!

As soon as you figure it out though, that analyzing part of your brain can turn off, and you can put your whole attention into the conversation, because now, you KNOW who’s on the phone.

When you relate to guitar scales in terms of patterns, it saves a whole bunch of analyzing time, wondering if the next note is going to work out or not.

Once the pattern is recognized, then you KNOW that if the note falls within the pattern, it will work, and if it doesn’t, it won’t work.

For the guitar player, learning to recognize and work with patterns on the fretboard – scale patterns – is one indication of how “intelligent” they are.

The good news is, this kind of guitar intelligence can be learned, you don’t have to be born a genius to use it.

Master your fretboard through the use of patterns, and you will notice a huge difference in your playing.