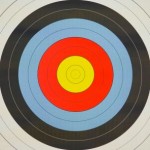 Well, here we are – another year has come and gone, and everyone is older, wiser, and hopefully better guitar players than last year! I know speaking for myself, that I’ve improved on the guitar in the past year, although in different ways than I’d originally hoped to.

Last year I started out with the aim of getting into a more structured practice routine, for instance getting back into my scales again and doing some work with a metronome or a drum machine. That lasted about a week I think, and to be perfectly honest with you, that area of my playing is pretty much where it was a year ago.

On the other hand, one area that I have improved in is applying a little bit of theory to the fretboard to come up with new interval combinations all over the fretboard that I’ve never used before, and start working those into songs so they become a functional part of my playing. I’ll relate each one to specific chords and keys in my mind, so that I know when I’m playing in A for instance, I have a growing bag of tricks that I like to use in that key.

I’ve been inspired by watching some great players, and each time I watched one, I tried to take just one general idea home that I could apply to my playing. Often when you see someone play at such a high level, 99% of the intricacies of what they’re doing are going to go straight over your head, but if you can pay close enough attention to at least grab a clue you can use… then you’re onto something, and you can start working that over on your own.

So that’s what I’ve been up to… what about you?

More to the point – what are YOUR guitar goals for 2014? What are your biggest challenges that you want to overcome this year? Your biggest hurdle… your biggest fear…

Let’s get the conversation started in the comments below – we might not get exactly where we want to this year, but as long as we’re moving forward, and in the right direction, then that’s good, in my books.