Before I start to look at the Farida J-FT frank turner signature guitar, I’ll talk a little bit about Farida’s new ‘Artist designed’ series. The thinking behind this series was to work alongside some of the UK’s finest artists to make the most perfect guitars possible to suit your style of playing. This was achieved by first deconstructing the artist’s favourite guitars and then adding features they’ve always wanted to see. These ideas were then passed on to Farida’s expert designers to actually make the concept into reality. By tweaking the guitar based on ideas and experiences from both the designers and artist a ‘perfect’ guitar was made. 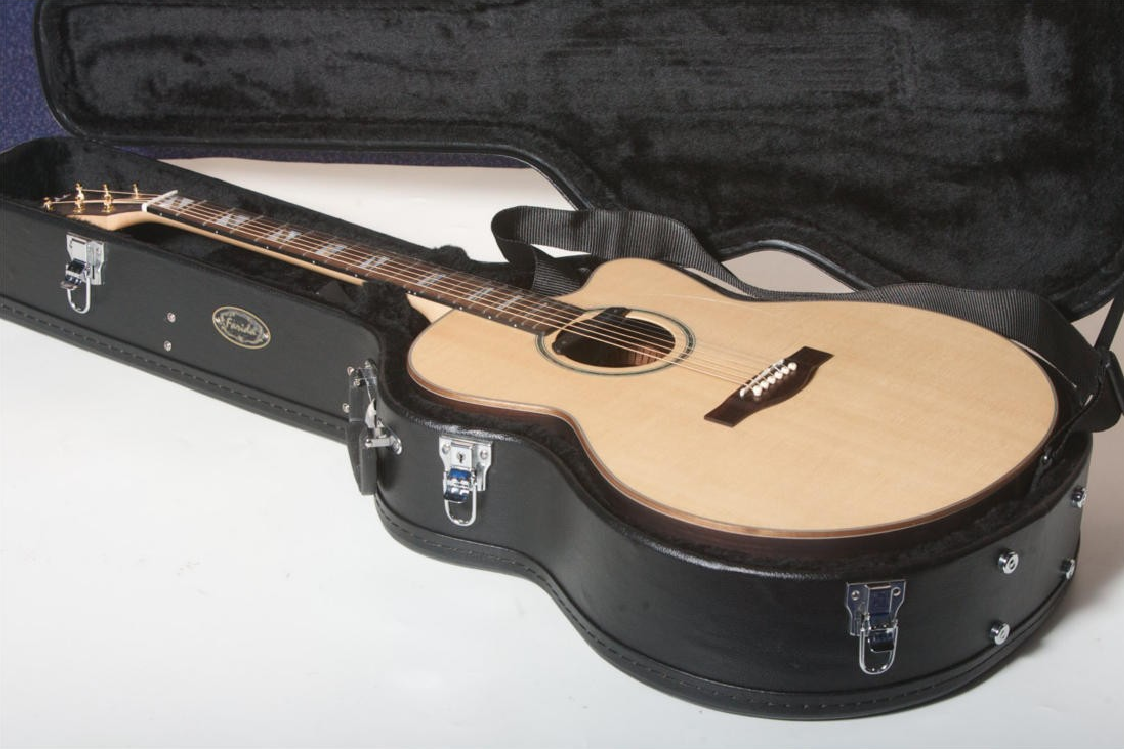 The first (and my favourite) of Farida’s Artist designed range is the J-FT, designed in collaboration with UK folk-punk sensation and former Million Dead front man Frank Turner. He reached the climax of his career and his largest audience with a greatly acclaimed folk-based solo career, however this is folk with punk genes that he then passed through to the J-FT. Perhaps I love the guitar so much because not only does it typify Franks musical attitude but also my own. At heart it is a classic guitar but is set apart with some unique, indie features. 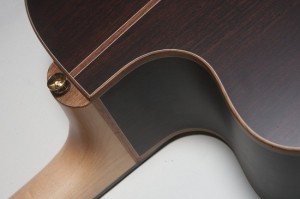 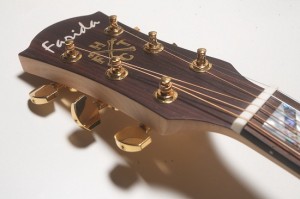 Still with me? Good! I’ll start looking at the actual guitar now and the J-FT has a jumbo cutaway body style, with a construction of solid Engleman spruce and Rosewood. I think the best word to describe the sound of this guitar is loud! But luckily it doesn’t compromise the definition and it still sounds really crisp and focused with great low-end response. This is definitely enhanced by the Fishman rare Earth pickup, which adds a beautifully rich and articulate tone. From these features you can clearly see what Frank Turner was going for when he was designing this baby, loud and defined, perfect for live situations.

In terms of looks the Farida J-FT is an absolute stunner, no question. Upon closer inspection you can see the amount of care and craftsmanship that his been put into making them. It’s the smaller things like the gold closed machine heads, the Walnut binding and the finish, nothing special but it just looks and feels luxurious. 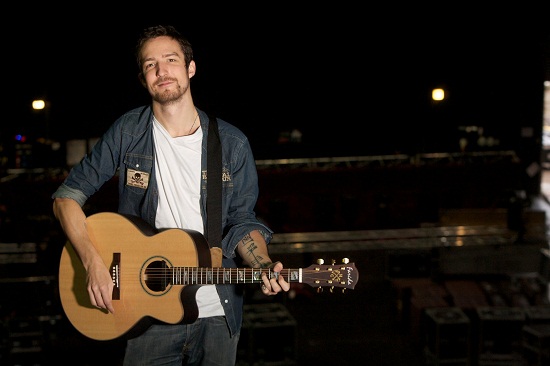 I think one of the reasons why the J-FT is such a success is because of wonderful relationship between artist and manufacturer. Farida are a company who pride themselves on supporting independent artists ‘left’ of the mainstream and it would be a fair statement that Frank Turner fits that description. When playing the guitar you can see the cooperation that has been done between both parties and unlike typical signature instruments the new range aren’t simply clones of the artist’s instruments, each one built to the exact specification of the guitar Frank Turner is currently playing.

Despite all this, the main feature of the guitar is its exclusivity with only 25 available worldwide. It’s a real shame really, as it’s a beautiful acoustic and deserves to be mass produced; but for the lucky people that get their hands on one have not only got themselves a great guitar, but a brilliant investment.