If chords are the bread, then strum patterns are the butter of a guitar player’s world. So far in our Level 1 series, we haven’t really learned any strum patterns beyond the most basic. Today, that starts to change. But first, let’s discuss rhythm.

In 4/4 timing, we have four beats per measure, or per bar.

Now, each of those quarter notes can be divided, so that we get more interesting rhythms. If we divide the quarters in half, we get eighths. Now, we have eight beats taking up the same amount of time as four quarter beats.

We’ll go further with these ideas another time, but for today, that’s enough to give us options to mix and match, and create some more interesting strum patterns.

That takes up a full bar, and each of the down strokes happens on the quarter beat. The upstrokes can be counted by saying “and” which represents the second 8th note of that quarter beat.

So, we can count that same pattern like this: “One Two Three AND Four AND.”

So we have two quarter beats, then four eighth beats, and altogether, that makes a full bar. 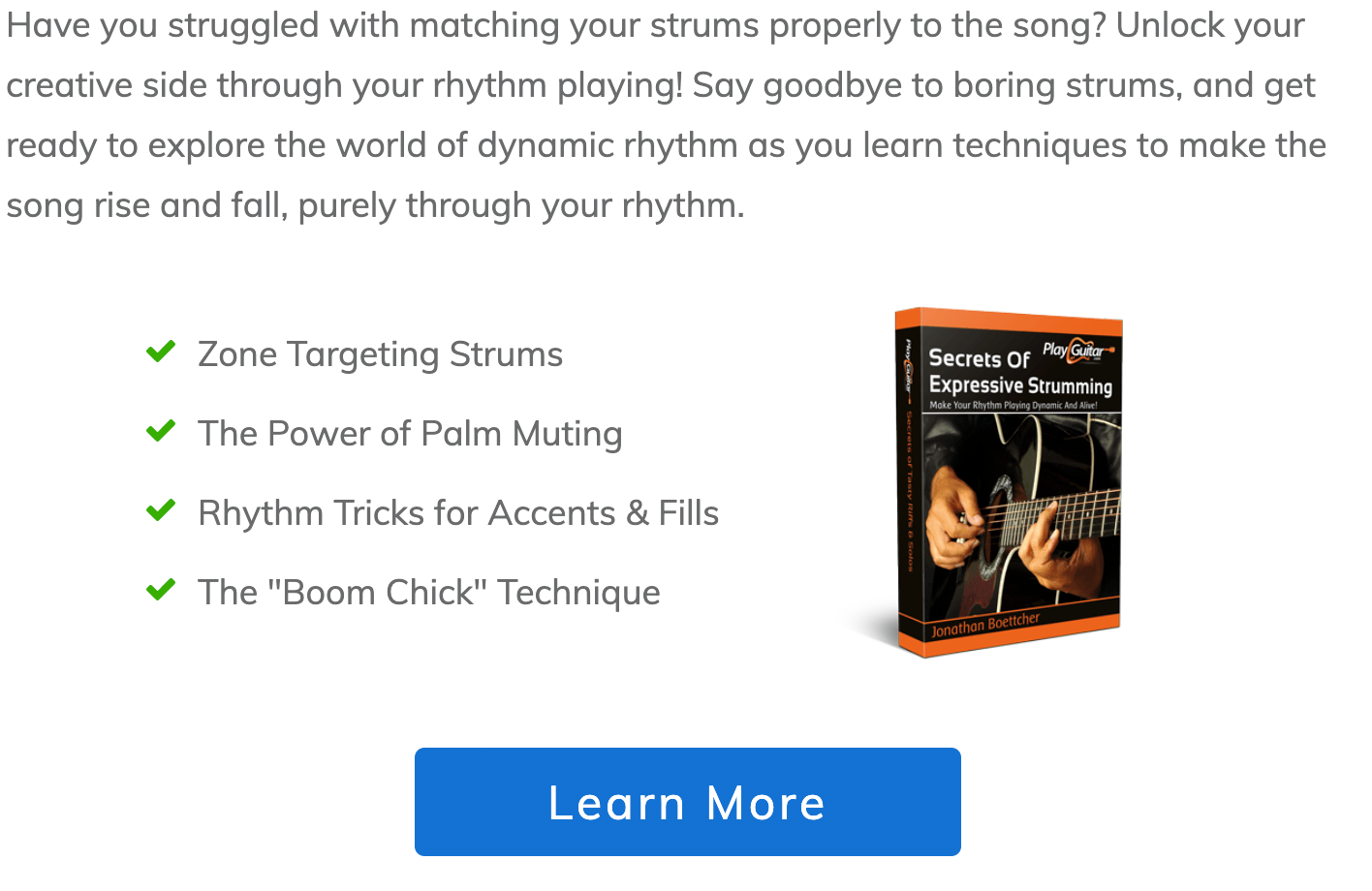 How Do YOU Add Dynamics Into Your Playing?