Rhythm Players: How to take it to the next level 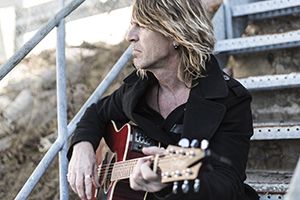 I was talking to a friend just the other day about his guitar playing, and he was asking me what it would take to start getting beyond just playing rhythm.

He’s played chords for years, and is a fairly solid strummer, but he’s got the itch to start adding a bit more spice to his playing.

He’d love to be able to throw the odd lick in here and there, in between the chords, and maybe… just maybe, get up the confidence to even do a solo now and then.

Only problem is, he’s not sure how he’d solo, because he only ever really plays by himself.

So I told him that a great way to get started accomplishing his goal is to start learning by learning a song that would lend itself to that kind of playing… something not too fast, and one with lots of nice openings in it.

Something like Never Been to Spain would be perfect.

Once he had the rhythm to that song down pat (which wouldn’t likely take him long as that was one of his strengths anyhow), the next step was to learn a few riffs that were in the same key as the song, and ones that would complement it nicely.

And learn them really, really well!

And only once he knew the rhythm and the riffs really well would he begin to start putting them together into a single piece of music.

And he shouldn’t try to do them all at once, but just start with a single riff, and work on that one. Once he got that one down, he could work up to adding more in.

In fact, that’s the exact same process that Colin Daniel uses in his course Rhythms & Riffs of Early Rock & Roll.

That course starts off with a slower song, and then quickly builds to the likes of No Particular Place To Go (Chuck Berry) and then Let Me Love You Baby (Buddy Guy).

By the end of the course, you’ll be confidently slipping riffs into not only those songs, but others of your choice as well, because you’ll have learned all the tips, tricks, and techniques to help you truly add that to your playing style.

If slipping riffs confidently in between your rhythm playing and weaving a complete tapestry of melody, harmony and rhythm with your guitar playing is something you’ve always wanted to do… but have not quite figured out yet, I’d recommend checking out Colin’s course here.