–> Special thanks to Don in Wisconsin for contributing this article! 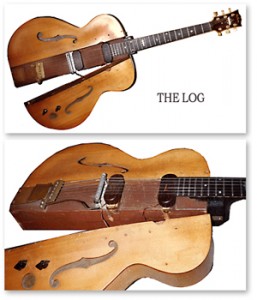 By no means do I consider myself an authority or any sort of notable historian on Les Paul, electric guitars, or anything of that ilk. Yet, I do happen to play guitar, often read reviews of various new guitar pedals on DigiPedal and live within a “stone’s throw” of where local lore documents Les having actually invented the first version of a solid-body electric guitar often identified as “The Log.” As with many historical events, there is some controversy over who, officially, invented the first electric guitar. There are so many nuances to that topic, it would be best for any reader – having an interest – to research on their own and believe whatever version of “the truth” they find acceptable. Yet, most information credits Paul with not only having pioneered this version of the guitar, but contributing numerous other techniques and enhancements that made the instrument so incredibly popular in live and recorded music. Most notably among his many accomplishments, Les also pioneered multi-track recording. That concept, alone, forever changed the process of how music is recorded to this very day!

Les Paul’s real name was Les Polsfuss (Lester William Polsfuss to be exact). He later simplified it to Les Paul. He was affectionately known as The Wizard of Waukesha, having grown up in a home located in that area of Wisconsin. His boyhood home was rather tragically torn down many years ago, amidst inexplicable circumstances surrounding this particular event. Yet, there is a Les Paul Parkway named in his honor in Waukesha, and there are Les Paul museum projects, both completed and in various stages of development in Waukesha and Milwaukee. There is a Les Paul Performance Pavilion in Cutler Park, and Les is buried at Prairie Home Cemetery in Waukesha, WI, as well.

Although Les spent his later years in Mahwah, New Jersey and played in New York City jazz clubs prior to his death at age 94, he treasured his ties to his hometown of Waukesha and Wisconsin. More detailed information about Les Paul and his life can readily be found by checking out the Les Paul Foundation. You will learn why he was called “Red” growing up, and glean other fascinating facts about his career, as well.

I once owned a Gibson Les Paul Model classic “Black and White” guitar with his actual signature on the pick guard. I foolishly traded it away for another guitar years ago when I was quite a bit younger and not fully aware of its potential significance. I think Les was “only” in his 70’s at that time, and was resurrecting from retirement. He had just overcome some health issues to continue his playing and appearances on a more limited basis. Since it was an authentic signature, “my” Les Paul guitar fetched added trade value and allowed me to pursue what has now become a transition to my affinity with well-made acoustic guitars. I sure wish now in hindsight that I had kept that Les Paul guitar. I often contemplate about how it would look on display in my home, so near the spot that he first introduced the electric guitar. 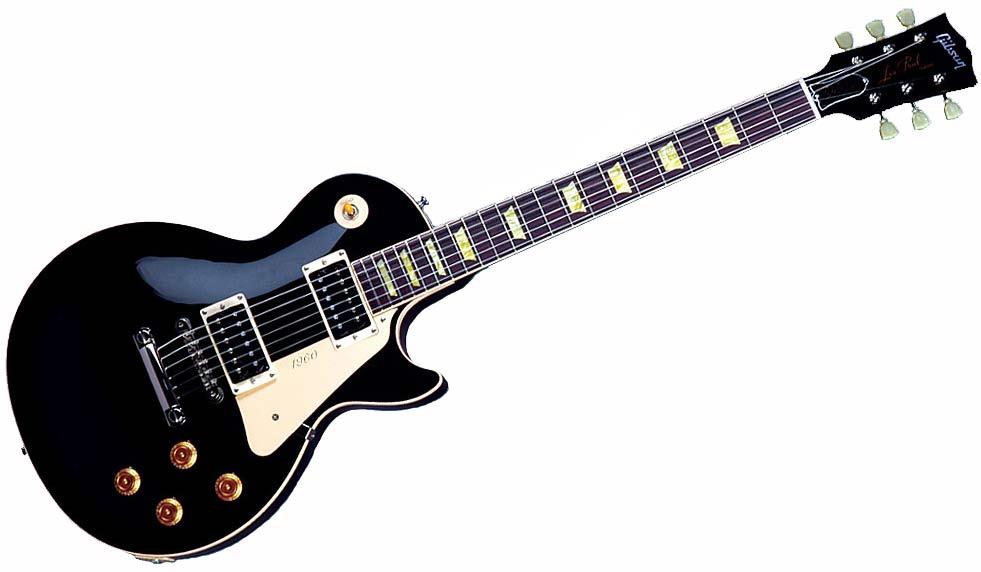 Goerke’s Corner, near my current home, is the place where Les showcased his early electrical magic. That location is now a “Park and Ride” stop for Public Transportation. There is no major signage or identification attributed to the fact that this is where Les, reportedly, first “hooked up” his experimental electric guitar to an outdoor drive-in restaurant speaker. Variations of this story still persist, however there is no debate that this is the marker where his invention occurred. Les was well-known for his musical talents and harmonica playing at the outdoor barbecue-style restaurant that existed there at the time.  Customers at the Goerke’s Corner restaurant – halfway between Waukesha and Milwaukee – would gather there for a meal and to enjoy listening to Les play on summer nights. Yet, they asked if there were some way he could increase the volume of his guitar sound somehow. This led to his devising a solution to amplify his first “log” guitar electrically. He also pioneered a “hands-free” means to hold his harmonica and accompany himself on guitar. That practice also found its way into folk music and became most notably associated with Bob Dylan, among others.

Many accounts abound on the specifics of how the Les Paul Model emerged at Gibson, and arguably it did not become popular until after Leo Fender first popularized his Fender electric guitar models. Les and Gibson, eventually, came to terms on the design of “his” model and the rest – as they say – is history. Eric Clapton and an endless array of other prominent guitarists helped immortalize Gibson’s Les Paul Model. There were so many versions created and reissued that it would take a book just to document them all.

From a personal perspective and in closing, I hope that continued interest and funding will better identify the aforementioned Goerke’s Corner spot that I drive by countless times each week. There should be some monument or marker that properly calls attention to just how important a place that geography truly encompasses in musical history.

Information for this article was based upon works referenced in Wikipedia, The Les Paul Foundation website, personal notes, and other research and knowledge known and obtained by this writer.

If you have a Les Paul related story (either about the man, or the guitar), feel free to share it in the comments below!