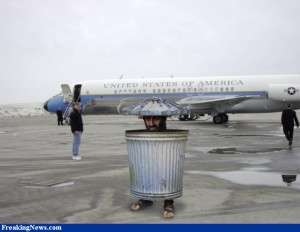 So I caught a headline on CNN today, talking all about how bin Laden managed to stay hidden for a decade.

Isn’t that funny eh? We’ve got an NSA that apparently spies on every little thing that happens, but this guy used every trick in the book and managed to stay off their radar… for a decade!

Now regardless of whether or not you buy the official story, my thoughts went to how a friend of mine recently tried to figure out an elusive chord on a song he was listening to.

He had 95% of the song figured out pretty good, but this one chord was defeating him.

Turn over every rock in the forest to see if it had the answer.

In other words, he tried a seemingly endless string of different chords to see if they’d fit.

What he didn’t know at the time is that there is a simple way to figure out all of the most likely chords you’ll find in a particular key – and that the chord he was hunting for happened to be one of them.

A lot of guitar players approach the guitar randomly, figuring that sooner or later they’ll find the combination that sounds good.

It’s far more effective though to let a little guitar theory lead you straight to the prize.

That’s what guitar theory does – it gives you a quick and simple way to find the best sounding combinations on guitar.

At the end of the day, that’s all music theory is anyways, a way to explain what sounds the best to our ear.

We’ll get into much more than just what chords work well together, although that is part of it.

People keep writing me and telling me how this simple little two hour course has changed their entire approach to the guitar:

Hi Jonathan, I have had my first run through the course and true to your assertions, after going through the graphs and doing a few exercises with them, I GET IT.

For the first time after playing for 30 years I can really understand the logic of chord makeup. I have in the past made up the odd chord (usually by accident) because it seemed to sound good….now, using the chart, HEY PRESTO I can use those “bodgy” chords with confidence.

As for diminished and augmented…I just didn’t have a clue. So, thank you. Well done!!!

You can learn more about Unlocking I IV V here.