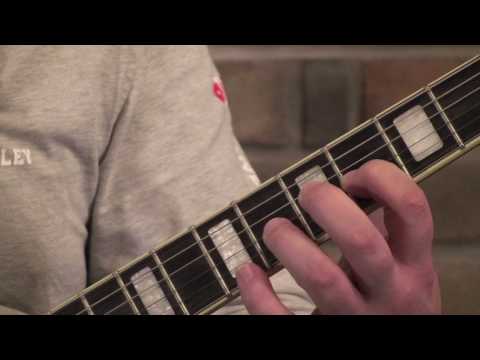 The “A” Major Diatonic Scale

Today we’re going to take a look at the “A” major diatonic scale. If you’ve been following along with the lessons, then we’ve already covered a few different scales, including the pentatonic minor scale, and the diatonic minor scale. The major diatonic is an important addition to your collection of scale patterns, because it fills in another section of the fretboard for you.

Try to think of the minor scale and the major scale as just different positions to play the same notes… this may seem strange, but if you look at it, the same notes are present in both scales. The only thing that is changing is the note that you start on, and of course the position on the neck where you’re playing. If you know anything about modes, then you’ll clue in quickly to the fact that the major and minor diatonic

So basically if you’re wanting to solo, you can use either the major scale, or the relative minor – they are both equally valid choices.

Personally I prefer the minor scale, as the guitar is tuned minor and works extremely well in the minor, however you need to know both as you’ll need them to cover the fretboard.

If you’d like to learn more about the various scale patterns found on the guitar, I’d recommend checking out my Guitar Scale Patterns lesson.

The “A” Major Diatonic Scale

Video Problems? Watch the A Major Diatonic Scale on Youtube.