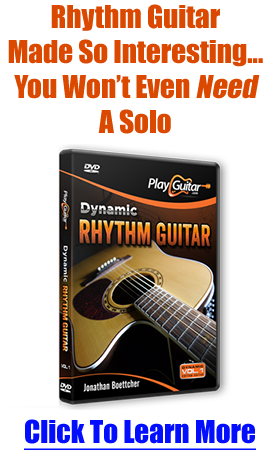 Our No Weasel Clauses Satisfaction Guarantee makes trying our guitar lessons a no-brainer! We really want to see you succeed and make real progress on your guitar. If you go through one of our courses, and find you have not learned anything from it, simply send it back within the first 60 days, and we'll give you a full refund, less shipping. 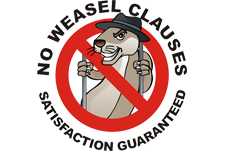 Understanding how chords are built has far ranging benefits for guitar players. I've touched on just a couple in this short video.

Great lesson. Excellent stuff. Just a question. So is the sus part of the name because the third is not going to sound anywhere in the chord and is completely replaced by the fourth? Because I have seen some chords called something then add 9th or something like that which I imagine would mean that all three original notes for the triad remain and the 9th is just added.

In contrast to this, you could ADD a fourth if you wanted to - ideally in a different octave and then you'd have a Dadd4, and in that case you would still have the third included in the chord.

So yes, you're correct.

Gimme Shelter, Rolling Stones, good example, great to hear it in use, then we might get a clearer idea, 'oh yeah I heard that before'. Any other songs, there are heaps that use that same pattern.

Yeah, too many to mention. I probably use it in 95% of all the songs I play on guitar. And of course, it should go without saying that this applies to the other chords as well, not just D...

Elton John, Bad Company, so many do it. Just an idea to show how the Sus4 is used. Interesting how such a small thing can be the signature part to a whole song. Tangled Up In Blue. etc.

good lesson , learned something. How can I get a eat, sleep, play guitar tee shirt?

Hi Gene, if you contact jonathan@playguitar.com we can get that setup for you. We don't have them available through the online store yet, but we could arrange that directly still.

Hey Jonathan! It's always nice, while sitting in a hotel room on a layover with the airlline, to take a quality lesson. It sure beats flipping through useless and mindless TV. Keep up the good work and keep in touch.

Your teaching is superb! Do you have an affiliate setup?

Thank you, and yes, details here.

Hi Suzanne, on the 6,5,4 strings we have E, A, D. If we're in the key of A, then yes, those three (out of order) are the A-1,D-4,E-5 notes. However, if you played them as they are on the guitar, E, A, D, then the E is the lowest note in the chord, and as such, influences it quite a lot - much more than the other two notes. In this case I believe it would pull the chord too far off the A to really sound like an Asus4 chord, but that's a matter of perspective I suppose.

In regard to the other three strings, we have G, B, and E. The relationship between those is different than the other strings, because G to B is a major third, not a fourth. So there is no key in which G, B, E notes are I, IV, IV of each other. That said, those three notes do form an E minor chord, inverted with the E root note on the highest string.

Thanks for the reply. Not sure if I was very clear or if I am understanding. ( I am a beginner).

Totally appreciate your strumming and scale courses that I am working on.

Hi Suzanne, I see where you're going now. Yes, you're understanding the intervals correctly. I suppose I think about it slightly differently, but what you've said is correct. Take a look at the spacing between the strings. E-A = 4th, A-D = 4th, D-G = 4th, G-B = major 3rd, B-E = 4th. Seeing that, just about anywhere on the fretboard you now know that if you play two strings side by side on the same fret, you have a fourth interval, except of course on the 2nd and 3rd strings, in which case you always have a major third interval.

Now, to find the 5th, just move the 4th up two frets. There's your I-IV-V pattern in two strings. That's also an easier configuration to work with, if you're playing bar chords for instance, because you can use chords rooted off those notes.

Now, look at the tuning relationships the other way around.... A-E = 5th. So, we discover that a 4th interval is actually the exact same as an inverted 5th. Inverted means you take the root note and put it higher in pitch than the other note. This is why you're seeing the pattern you mentioned. The root note you're talking about is on the middle string of the three, the fourth is on the higher string, and the fifth is inverted, on the lower string.

Does that make sense?

Much gratitude for your prompt, excellent explanation. I have had theory but transferring from piano to guitar has been a bit of a struggle. I am beginning to see the light.

Great lesson about how to form the sus4. I have seen sus2 chords as well. Does that mean that you replace the 3rd by the 2nd?

Good lesson Jonathan!
I have never delved into the "SUS" chords, but what you've explained makes sense and from what I've read in the comments!!! I definitely need to learn more theory.
Thanks for your video!!!